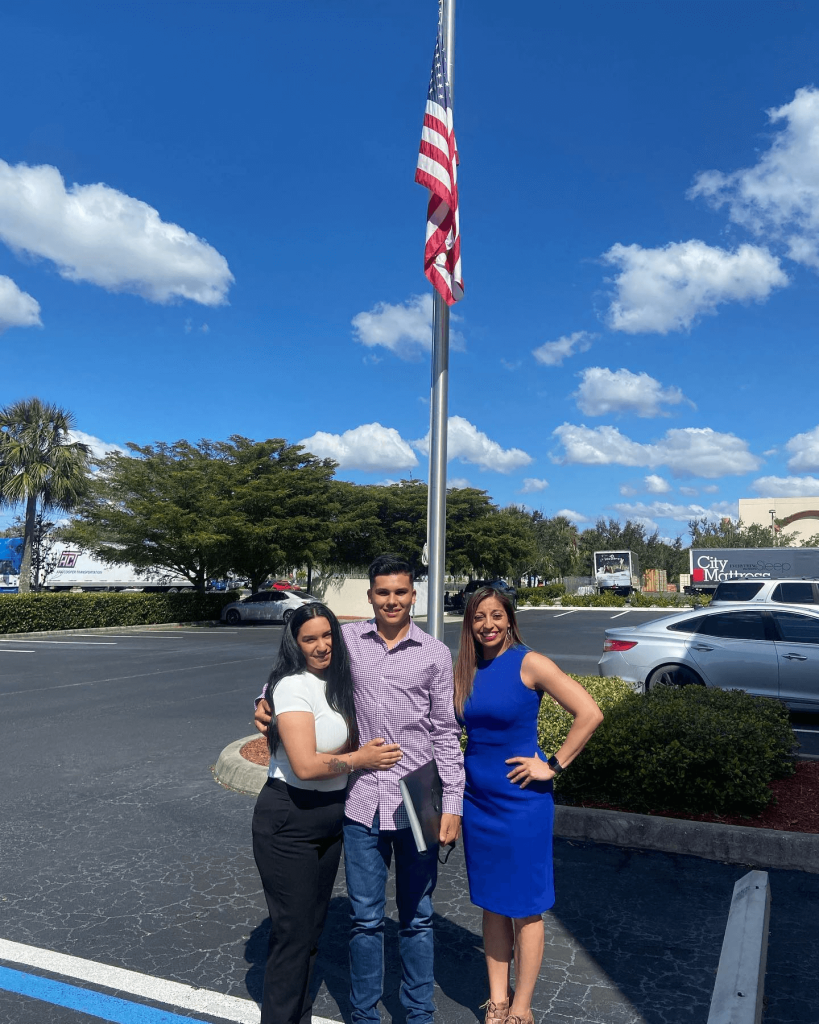 The origins of America hold a lasting impression on Lorena Rivas.

So much so that the prominent Tulsa immigration attorney highlighted the roots of how America’s named derived from Italian explorer Amerigo Vespucci during a June summer night in Orlando, Florida in 2019.

Rivas’ passionate “This Is America” speech not only documented how the United States was a great experiment of freedom and individual rights, it closed out the 2019 American Heritage Awards presented by the American Immigration Council.

National Immigrants Day also commemorates the 135th Anniversary of the unveiling of the Statue of Liberty which Reagan noted in his famed 1987 proclamation.

“This year we most appropriately observe Immigrants Day on October 28, the 101st anniversary of the unveiling of the Statue of Liberty, the beloved stature Emma Lazarus called ‘Mother of Exiles,’ from whose ‘beacon-hand/Glows world-wide welcome.’ That welcome is America’s welcome, which has ever beckoned millions upon millions of courageous souls to this land of freedom, justice and opportunity.”

Reagan’s words offer a powerful reminder of how the backbone of our country was founded and solidified by immigrants. Unfortunately, not everyone currently residing in the U.S. has the same appreciation for history.

There is division within the U.S. on many levels, and no issue may evoke more dissension than Immigration Law. Whether it is DACA, Asylum, or a faster path to Citizenship-Naturalization, Lorena Rivas is well aware that immigration reform is needed on many levels.

Although Rivas is hopeful the Biden Administration will be able to enact meaningful immigration reform for the first time since former President Barack Obama implemented the Deferred Action for Childhood Arrivals (DACA) program in 2012, the visible Tulsa immigration attorney really hopes our nation, as a whole, regains the attitude it once had toward immigrants the arriving in the Land of Opportunity.

As Rivas so passionately said that one June night in Orlando,

“And with expansion come opportunities – opportunities for more immigrants from faraway lands to come to this land and help build cities, factories and dreams. They see this magnificent lady with welcoming torch and inviting message. They see masterful machinery that can cut through distance like an eagle soaring through the sky. They see their children staking a flag in a piece of land to build the home and memories.

“This, this is America.

“Now, even though they still see the children, the memories are not the same. They see and hear their children crying and begging for their parent. They see their children in cages. They feel the frigidness of a cooler. They smell the fear of their fellow refugees of being returned to a war-torn country where dreams go to die. They see lists, fences and walls.

“I see a land where the diversity and differences brought by our immigrants is embraced. I see the immigrants creating advances and technology in medicine that haven’t even been fathomed. I see families reuniting with their loved ones because they haven’t had to wait decades to lawfully migrate to America. I see refugees being given a warm meal and bed after their long harrowing journey. I see the children of our immigrants remaining with their parents and enjoying their first day of school. I see what the explorers saw when they first set their eyes on this land but better. I see dreams for our children. I see hope for our future.