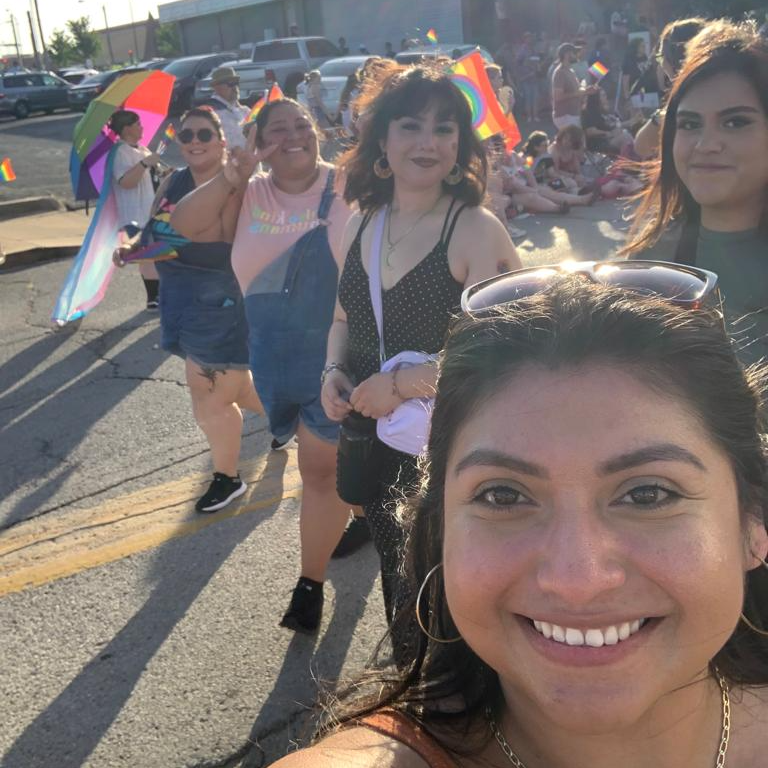 “One of the many things that I love about our firm and what makes it unique is that we don’t just talk the talk,” Elissa Stiles pointed out during a recent interview. “We walk the walk here at Rivas & Associates. What I mean by that is many of our employees and their families here have gone through what are clients are going through. That might include applying a for a particular visa or having had to flee a particular country because of discrimination and safety concerns.”

Stiles was no doubt impressed when she learned a group of over 10 Rivas & Associates employees participated in the June 25 Tulsa Pride Parade – an event to celebrate and honor the Tulsa LGBTQ+ community.

“I think it’s great that so many participated and took part in the event,” Elissa Stiles said. “It is a community that is not only often discriminated against domestically in the United States but internationally, in African and Central American countries in particular.”

Stiles said she has noticed an uptick in asylum claims being made by LGBTQ+ members who are being persecuted in their home countries on account of their sexual orientation.

“Yes, I’ve certainly noticed an increase of people fleeing on account of sexual orientation,” Elissa Stiles said. “Although there are some countries with laws in place to protect LGBTQ+ members. In reality, these laws simply aren’t being enforced. The fact is, they are shunned. They are unable to get jobs or get married. They are basically erased from society which is brutally inhumane.”

An All-Inclusive LGBTQ+ Friendly Immigration Law Firm For You

Ethics & Global Politics reported in a 2020 peer-reviewed article that there are “over 70 countries in the world that criminalize same-sex sexual activity or ‘promotion’ of such activity (ILGA 2017). The penalties, and the extent to which such penalties are enacted, vary from country to country, with eight states (or regions within states) being reported as de facto practising death penalty for gays.

Although far from perfect, things are different in the U.S.

Since the United States Supreme Court struck down the Defense of Marriage Act in 2013, the government has been required to recognize same-sex marriages on a federal level. With that groundbreaking decision, the door was opened for same-sex couples to petition to have their fiancé(e)s and spouses get K-1 Visas and Green Cards. Although the door is open, these can still be challenging petitions to win.

As an all-inclusive LGBTQ friendly immigration law firm, the attorneys and legal personnel at Rivas & Associates are here to help you with the application process and with any asylum claims you may have on the basis of your sexual orientation.

“In my personal experiences working on those particular cases, judges have been really receptive and empathetic to those seeking asylum on the account of being discriminated against because of their sexual orientation,” Elissa Stiles said. “Their claims for asylum are often very strong, and we are here to help.”